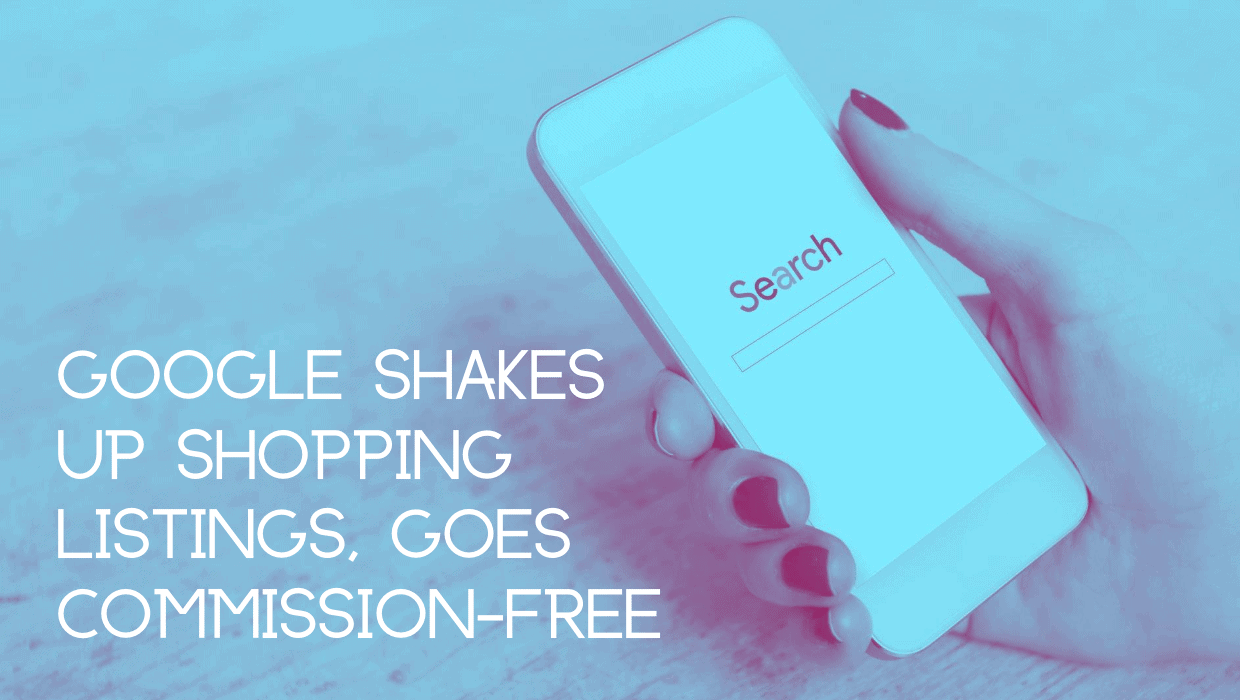 As the pandemic forces consumers to turn to ecommerce in higher numbers to meet their needs, most people are heading to Amazon. However, retailers and interested shoppers are increasingly meeting where so many searches start: on Google!

On the back of that success, the search giant is now offering two more features to entice sellers to trade.

Google has announced it is going commission-free on ‘Buy on Google’ sales.

Customers can order from participating stores directly on Google.com with “Buy on Google.” Qualifying items display a blue “Add to Cart” button with a corresponding shopping cart icon. To speed up the checkout process, it uses information that is already stored in your Google Account.

Google will no longer be charging a commission fee in the coming months when using that direct checkout experience. This reduces business costs and makes it much easier for retailers of all sizes to sell directly on Google. A pilot program will start early and be extending to all qualifying U.S. vendors later.

Google’s joint moves will make it much more accessible to a broader range of sellers than other marketplaces. Not paying a commission is a significant advantage compared with other online shopping marketplaces — most notably Amazon, which charges fees typically ranging from 8 to 15 percent per item sold.

Shopify and Paypal team up with Google

In addition to commission-free selling, Google is launching third-party integrations with Shopify and PayPal to help sellers manage their orders and data.

This is predicted to appeal to Shopify merchants with zero commission fees, mainly as many already use Shopify to maintain their marketplace listings. The announcement on Google’s “Buy on Google” checkout that PayPal will be available came after PayPal’s 5-year operating agreement with eBay ended last month.

Of course, Amazon and eBay are still the two most successful online marketplaces. Customers who are used to buying on these shopping behemoths are not expected to change their habits overnight. However, many buyers begin their shopping searches on Google, and retailers selling on Google will now enjoy a commission-free and straightforward way to do business.

Why is Google doing all they can to help sellers?

While Google is seeking to help small businesses like yours succeed during this challenging business climate, there’s another reason they’re so generous: market share. These recent changes form part of Google’s latest challenge to Amazon’s dominant ecommerce position.

Throughout the years, Google has launched several schemes to compete with Amazon, such as the same-day Prime-Esque delivery service, called Google Express, which was ultimately discontinued and rebranded as Google Shopping.

Nevertheless, after COVID-19 started, many more consumers have moved to ecommerce — and experts say much of the rapid change to online shopping will end up being permanent. According to a recent study, U.S. shoppers spent $73.2 billion online in June, up 76.2 percent year-over-year, and are expected to keep buying in the coming months as main streets up and down the country continue to struggle to reopen safely. Put simply, the pie for online shopping is expanding, and Google wants a bigger piece.

It’s time for your healthcare practice to take advantage.

There are an estimated 12 million – 24 million eCommerce sites worldwide, generating more and more every day. If these numbers make you think this market is competitive — don’t worry. Less than 1 M of these sites are trading more than $1,000 / year, so there is still room for your healthcare practice to do business.

If you need more help with this, we’re on hand to support you. Contact us today to start a conversation.